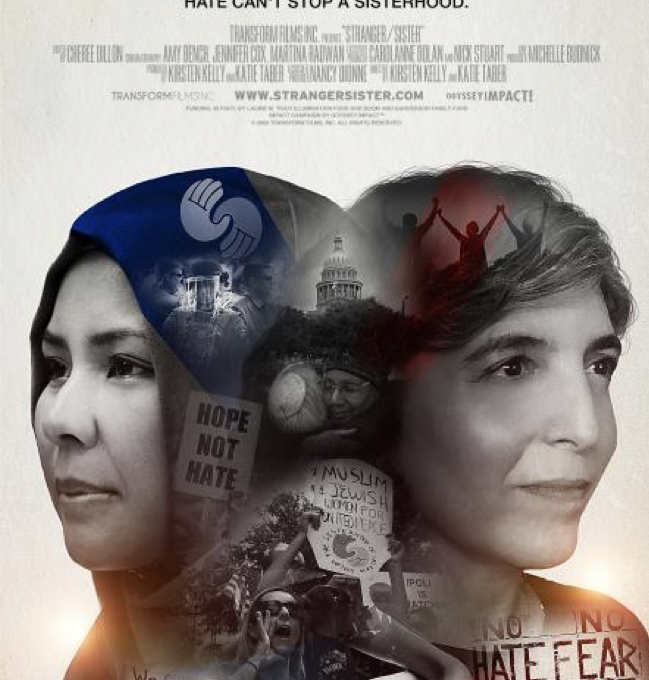 Join us for a screening of Stranger Sister
Presented by JLCW

The United States is experiencing a surge in hate crimes as a tide of white supremacy gathers momentum nationwide. Muslim and Jewish communities are particularly at risk. Stranger/Sister is the story of two ordinary women, one Muslim and one Jewish, who dare to believe they can join hands to stop the wave of hate.

Overcoming a long history of distrust between their two religions, they build a movement that turns strangers into sisters, challenging our assumptions about how to fight hate in America. Intimately following women from Sisterhood chapters in Austin, Chicago and across the Nation, the Sisters build a powerful network of hope in a time of chaos and hate.

By continuing to use the site, you agree to the use of cookies. more information